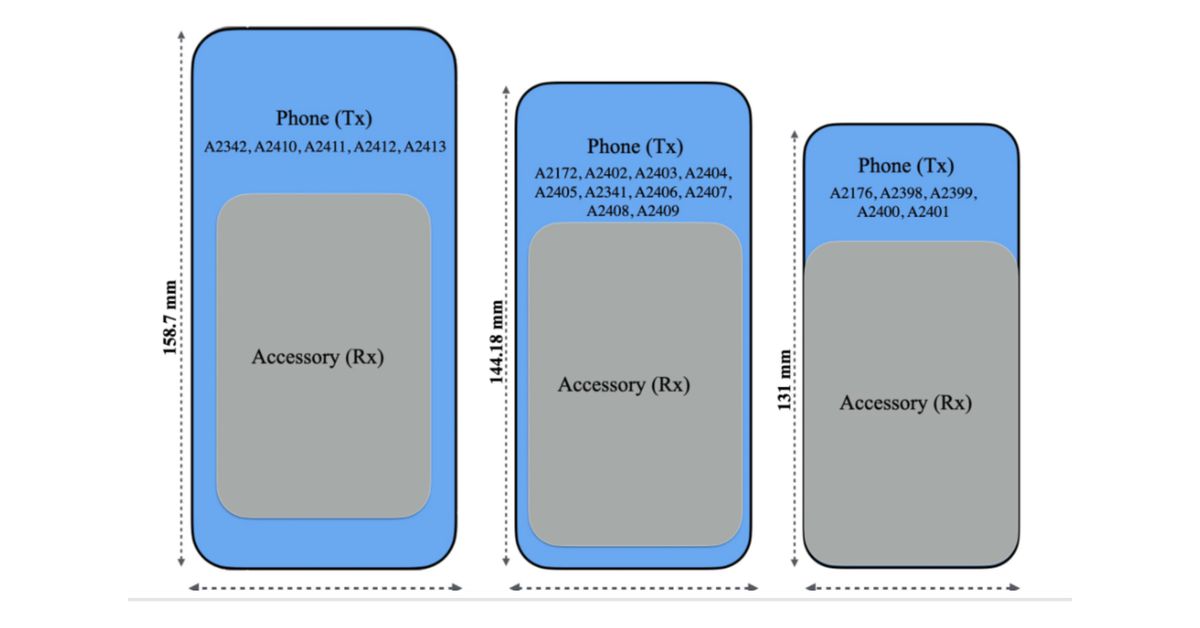 “In addition to charging through desktop WPT [wireless power transfer] One of the documents reads: “The charger (disc), the 2020 iPhone model… also supports the 360 ​​kHz WPT charging function, which can charge accessories.”

The iPhone 12 series supports Apple’s new MagSafe standard, which uses magnets in the phone to help correctly align compatible accessories, including a new Qi-compatible wireless charging dock. However, Apple has not announced any form of reverse wireless charging for mobile phones, and they seem to be unable to charge any devices currently on the market.

It sounds like, at least initially, the reverse wireless charging of the iPhone 12 may be limited. These documents say: “Currently, the only iPhone accessories that can be charged are Apple accessories that may be used externally in the future.” The current reverse charging “only occurs when the phone is connected to an AC power outlet.” The FCC test seems to only use the wall. It’s about the same as the USB-C to lighting cable bundled with each iPhone 12.

It sounds like this technology is designed to allow you to reduce the charging clutter on the nightstand, for example, wirelessly charging a pair of AirPods that are magnetically connected to an iPhone plugged into the wall. However, with further suggestions in the documentation, this situation may change in the future. “Future designs and accessories may support true portable use conditions. The host/client pair can be placed in a pocket or backpack.”

It is not clear why Apple did not officially announce the feature when it announced the phone itself, although this may be because accessories compatible with the feature are not yet ready for release. Bloomberg Mark Gurman speculated that this may work with the company’s upcoming AirPods revision, which was reported earlier this week.

The reverse wireless charging function does not seem to require high requirements for new hardware, at least not I fix it Found when disassembling the new phone.

Apple did not immediately respond to a request for comment.