Antibodies and SARS-CoV-2 infection: the more the better 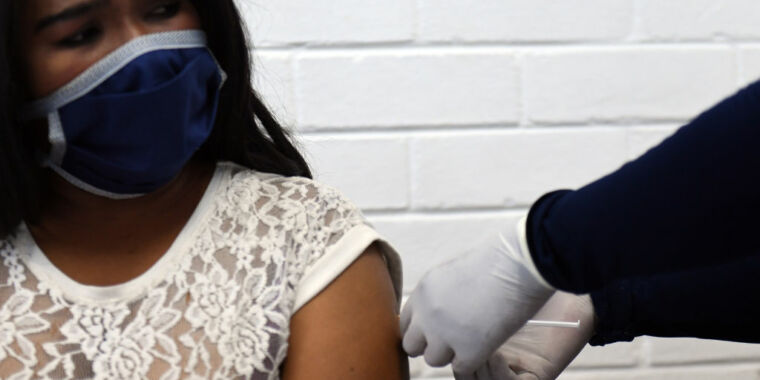 The two authorizations for the COVID-19 vaccine issued by the FDA came about because of clear data. They restrict the infection of the SARS-CoV-2 virus and ensure that all subsequent cases are mild. Research has also shown that the vaccine triggered the development of antibodies specific to the virus. However, it is strange that we do not have enough data on an obvious question: Is there a causal relationship between the two? In other words, we have not yet determined whether the production of anti-SARS-CoV-2 antibodies is a necessary step to provide protection, or how long the protection can last.

There are some small studies suggesting answers to these key questions, but there is still a lot of uncertainty. Now, a large-scale study at Oxford University Hospital clearly shows that high levels of antibodies have a protective effect. However, even with 12,500 participants, the study cannot eliminate uncertainty.

In order to obtain better data, Oxford University Hospital has tested all its medical staff, including the presence of viral RNA and antibodies that indicate that the virus has been exposed in the past. After the initial test, all employees can choose to retest for the presence of the virus every two weeks, and retest the antibody every two months. The test began in April, when the first wave of infections was still occurring and continued until the end of November, when the second wave of infections was still spreading. Although many hospital staff were so busy that they spent more than two weeks for follow-up tests, the hospital was able to track more than 12,500 people.

At the beginning of the study, 1,265 people had been infected with the virus. Many of them have been exposed or experienced symptoms before extensive testing in the UK, so we can only infer that they have been infected based on the presence of antibodies.

During the entire study process, 225 patients finally got a positive test, and half of the positive results came from asymptomatic cases. Most of these new cases appeared at the end of the study. In total, two of these people had antibodies to the virus in the original test, indicating that they have been reinfected. In other words, during the study period, the risk rate among healthcare workers was 1.1 cases per 10,000 days. Among those who test positive for antibodies, the risk is 0.13 per 10,000 days. These repeated infections are asymptomatic.

We will discuss these two situations later, but let us take a moment to focus on the good news. The antibody test used here does not produce a binary “yes-no” answer. Instead, they are quantitative and can measure the level of antibodies against a specific target. Or, in this case, there are two goals, because the researchers measured antibodies against spike proteins on the surface of the virus and proteins embedded in the membrane surrounding the viral genetic material.

In both cases, there is a strong inverse relationship. The higher the level of antibodies present, the less likely it is to infect someone. This is true for antibodies to both target proteins. This suggests that antibodies are either directly related to reducing the risk of infection or clearly related to antibodies. Since the highest risk occurs approximately six months after the initial exposure of most people in the study, this also provides evidence that immunity lasted at least that long.

Note, there are many

If you pay careful attention there, you may find a potential problem: the fact that antibody levels are related to the risk of infection indicates an intermediate state. This happens when you do not have high levels of antibodies but still get some protection. This is definitely the case with these data. In order to arrive at the number of “only two reinfections,” the author must choose a threshold that indicates the level of antibodies that have been infected.

Below this threshold, it is not considered that a person has been previously infected, but they may still have antibodies that react with the SARS-CoV-2 protein. This may be due to an earlier infection triggering a weaker immune response, or an infection caused by a related virus (such as a virus that causes cold symptoms), or just by chance. Therefore, a larger proportion of the study population may actually have been infected earlier.

The downside is that even with the best available equipment, false positive tests are almost inevitable. With 12,500 people participating, there is a real chance that the two “re-infections” seen here are only the products of false positive antibody tests. RNA-based tests have similar problems, which can also produce false positives and negatives. The researchers pointed out that in the next few days, a potential reinfection case had seen a positive test, followed by two negative tests, indicating that the first was a false positive.

Finally, there is a problem that participants are screened for viral RNA on average every 10 weeks. During these intervals, there will definitely be a period of asymptomatic infection starting and ending without getting close to the test box.

Therefore, if you want to know the details in detail, there are still many questions that can easily convince yourself that we really don’t know anything. But by focusing on some stray trees, the forest will be missed. In general, the more antibodies you produce, the more likely you are to be immune to reinfection (although again, we cannot say whether the antibodies themselves produce such immunity).Continuous protection at least Six months after the initial infection.

Even with some exceptions, this discovery bodes well for approved vaccines, which can also induce immune responses that include a large number of antibodies. In the long run, these results should help us understand the appearance of SARS-CoV-2 immunity more clearly.

Unable to send 21 batches of COVID-19 vaccine, including shipment to Ottawa company-WOODTV.com