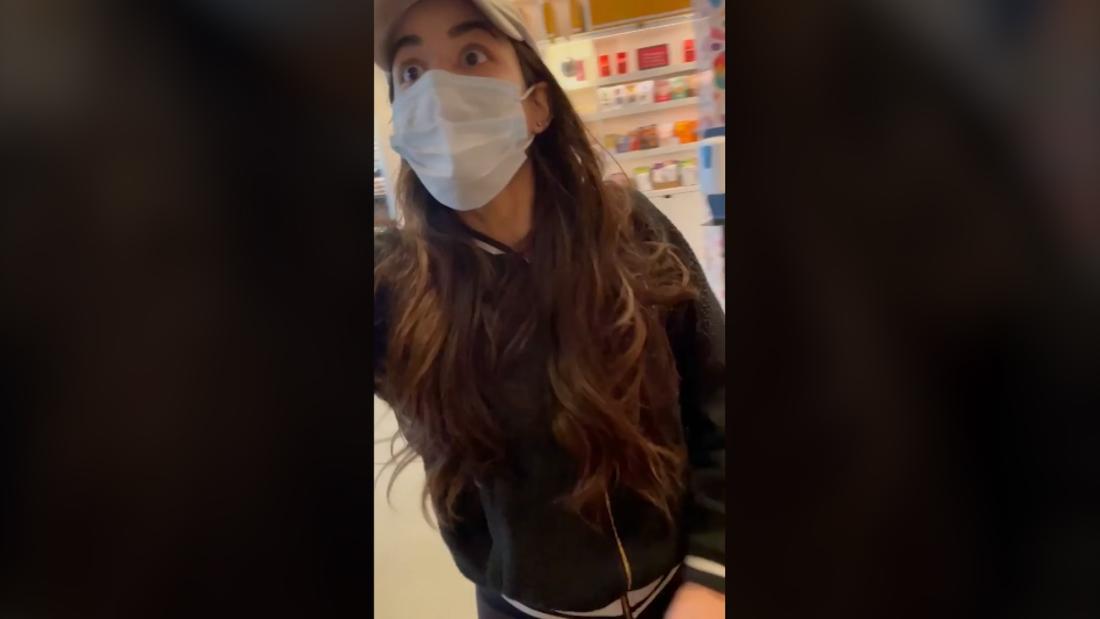 The tape was a tweet posted Wednesday night by New York Police Department Detective Rodney Harrison, who wrote: “The woman in the tape falsely accused a 14-year-old innocent teenager of stealing his cell phone. Then, She carried out a personal attack and fled the location. The police rushed to the scene.”

The police previously told CNN that they knew the identity of the woman and wanted to talk to her about it. The New York Police Department will not comment on whether she is asked to interrogate or to file charges.

Harrison tweeted in the clip using camera angles from multiple hotels, showing a woman in a light-colored hat rushing towards someone who appeared to be Harrison̵

7;s son in a red hat. The woman grabbed his waist and the two fell to the ground.

CNN has asked both NYPD and Arlo Hotel to provide unedited videos, but both declined to provide copies.

Harold and his son are Black, who are guests of a hotel in Lower Manhattan. Although New York police called her white, the race of the woman in the video is not clear.

The video of Harold’s encounter has been widely shared on social media, sparking strong protests, and people think this is another racial profiling incident against black people. The hotel apologized and called the woman’s behavior a “baseless accusation, prejudice and attack on innocent guests.”

The teenager’s parents Keyon Harrold Jr. and their lawyer Ben Crump said Wednesday that they are meeting with the Manhattan District Attorney’s Office. They told CNN’s Don Lemon that DA told them that the video was worse than the one posted by his father on Sunday.

The parents and their lawyer argued that the incident was racially motivated, but the New York Police Department said on Tuesday that the case was not investigated as a crime of prejudice.

Harrison said on Tuesday that after watching the surveillance video, investigators are considering beating the woman and possibly carrying out mass theft or robbery.

According to Harrison, after the incident, the woman’s mobile phone was returned to her by the ride-sharing tool she used before she tried to check in to the hotel.

The lady did not come forward, but CNN was the first news organization to talk to her over the phone on Tuesday. She disputed Harold’s account of what happened.

Although the 22-year-old woman claimed to have been beaten during the dispute, CNN was unable to verify her account with investigators or the hotel where the incident occurred.

In a 20-minute phone interview, she behaved very irregularly and sometimes casually. She said the incident happened after she first requested to watch the hotel’s surveillance video to try to find out who took her phone.

She said she then asked other people in the hotel lobby to “empty their pockets,” and then finally confronted Keyon Harrold Jr., who kept his mobile phone in his pocket.

When talking about the interaction, the lady said: “Everything became more serious then.”

The lady said that she is willing to cooperate with the New York Police Department and the Harold family. Since Tuesday, CNN has repeatedly tried to contact the woman.