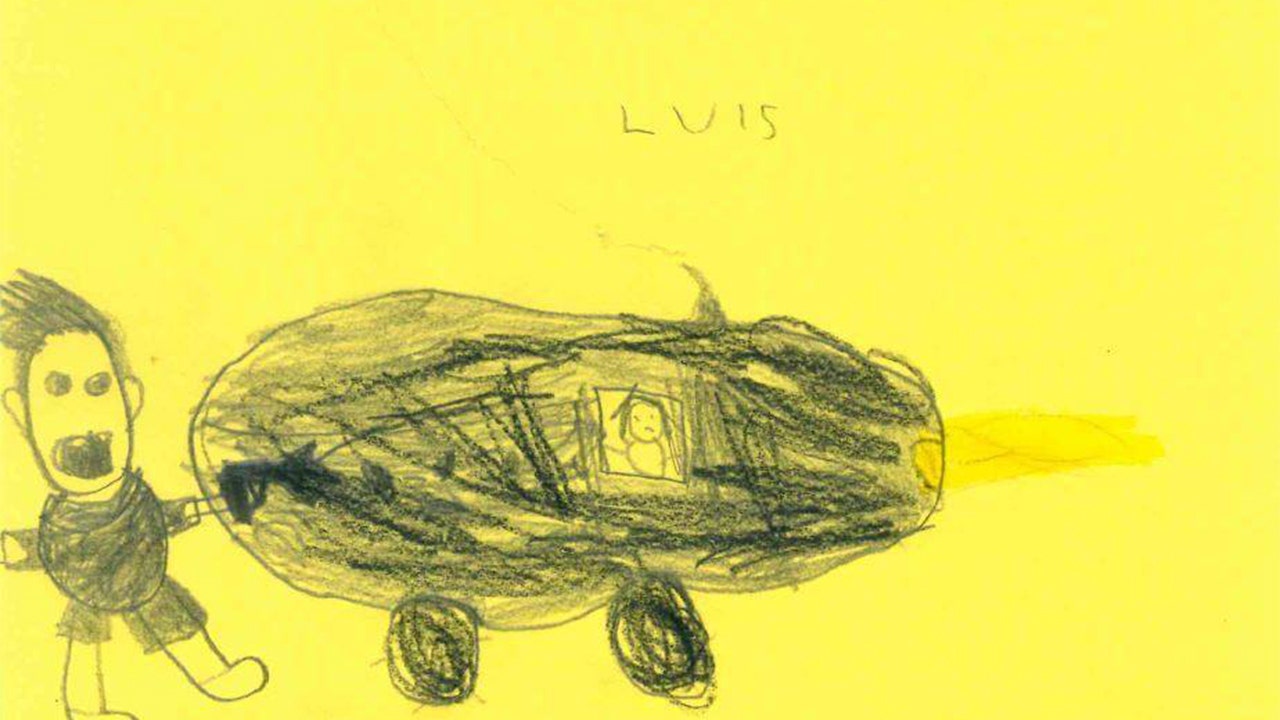 German police have distributed sketches of suspects wanted in a crash that were seen by a 6-year-old student.

The Hamm police said on Friday: “Luisa, Romi, Silina and Louis of the Overberg School in Bock-H. Howell…deserve special praise.”

The children were on their way to school, waiting for the pedestrian lights to turn green on Wednesday morning when they saw a black car turning and hitting a lock post.

Six-year-old Louis planned a crash at the police station for the city of Hamm, Germany.
(Ham Police)

The police said: “The driver with short blond hair does not care about the injury and continues to drive, and then continues.

The BBC reported that when they were in school, their teacher asked them to sketch women and accidents.

On Saturday, six-year-old Serena drew a sketch of the woman who wanted to destroy a blockade post for the police during a crash in Hamm, Germany.
(Ham Police)

The police said: “These pictures are now part of the investigation files.” The police posted Luis and Celina’s sketches on the department’s Facebook page.

According to the BBC report, local resident Michael Schulte said: “The actions of the children are great.” “They do not look away, but act. Many adults can learn from their children’s example.

Ships gushing from the Sahara Desert, transporting immigrants to Spain