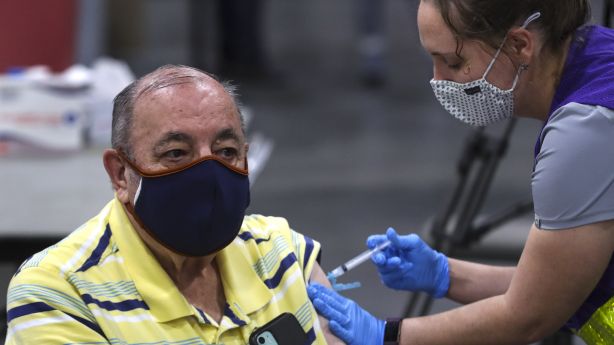 Salt Lake City-According to the Utah Department of Health, the number of COVID-19 cases in Utah increased by 422 last Friday, with 6 deaths and more than 40,049 vaccinations reported.

The health department said that four of the deaths occurred before March 1, but they are still being investigated by state medical inspectors.

State data show that there are currently 1

38 COVID-19 patients hospitalized in Utah, including 46 in intensive care. According to data from the Department of Health, as of Friday, about 64% of Utah’s intensive care unit beds were occupied, including about 67% of ICU beds in the state’s 16 referral hospitals. Currently, about 53% of non-ICU hospital beds in Utah are occupied.

The six deaths reported on Friday were:

Utah House of Representatives Bill 294, also known as the state’s COVID-19 “endgame” bill, requires all states and Utah health orders related to the pandemic to have a 14-day case rate of less than per 100,000 people in the state At the end of the day of 191, the 7-day average utilization rate of the COVID-19 intensive care unit was less than 15%, and 1,633,000 original doses of COVID-19 vaccine have been allocated to Utah.

The state has now reached the benchmarks of the first and second indicators. According to data from the health department, as of Friday, its 14-day medical record rate was 180.3, while the 7-day average utilization rate of Utah’s COVID-19 ICU was approximately 10.3%. According to the Department of Health, a total of 920,515 doses of the main vaccine have been distributed to Utah.

Utah leaders provided an update on the COVID-19 pandemic at a press conference on Thursday.