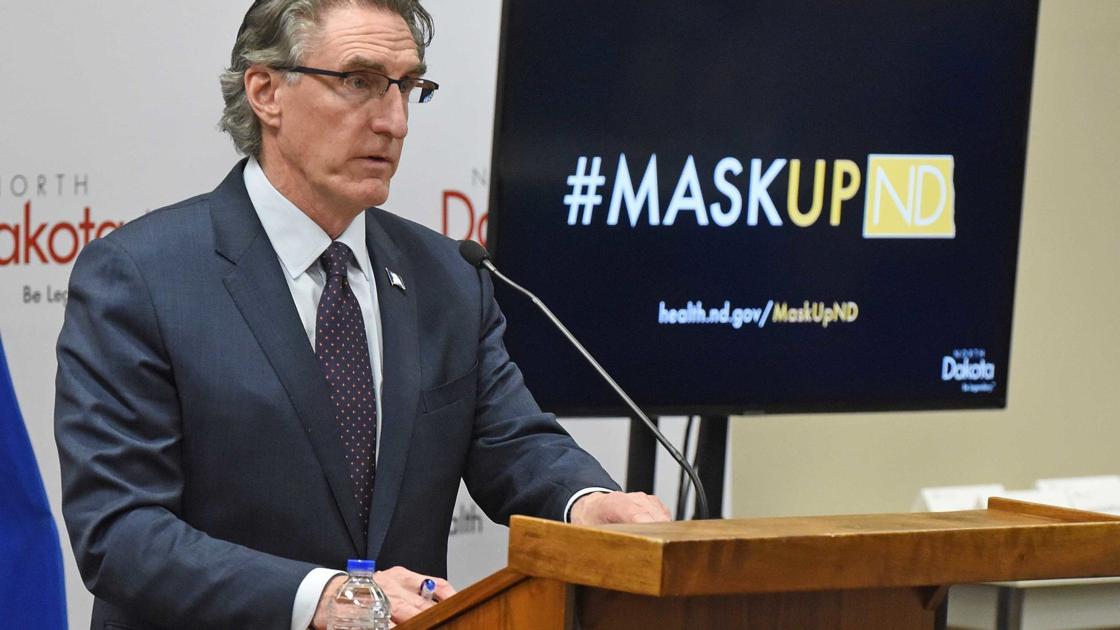 Since the pandemic in mid-March, there have been 33,860 recovered cases and 1,547 hospitalized cases across the state. The number of state residents who have received at least one coronavirus test is 289,520, and the total number of people tested is 845,567, including 8,402 completed on Wednesday.

Burgum said his government hopes to “double its efforts”

; in testing, especially for asymptomatic young people. Higher education is the focus of more routine testing.

The governor said: “This will allow us to learn about 11 communities and the populations we can identify and test on a regular basis.” “This will help us really understand the spread of communities and may help us identify thousands of asymptomatic positive cases. “

By the end of the year, North Dakota will receive 220,000 fast-resulting coronavirus tests from the federal government. Approximately 61,000 such tests have arrived. Another batch will arrive at long-term care facilities.