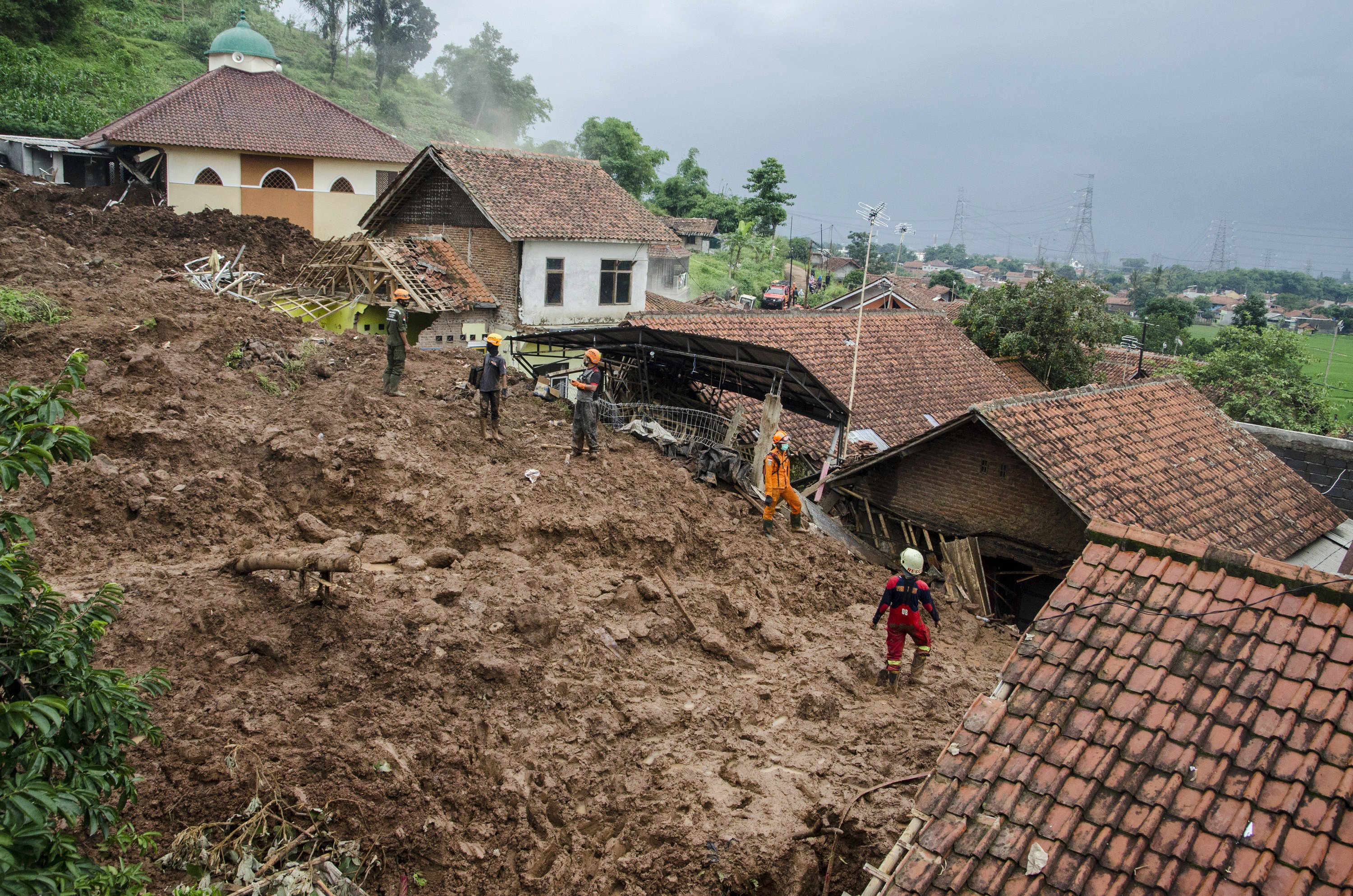 Jakarta, Indonesia (Associated Press)-Officials said on Tuesday that rescuers were searching for 26 people missing after two landslides hit a village in West Java, Indonesia over the weekend.

At least 13 people were killed and 29 others were injured in a landslide in Cihanjuang, a village in Sumedang District, West Java Province, caused by heavy rain on Sunday. Some of the victims were rescuers of the first landslide.

Raditya Jati, a spokesperson for the National Disaster Reduction Agency, said the rainy weather around the disaster site hindered search and rescue operations.

Seasonal rains and high tides in recent days have caused dozens of landslides and flooding in most parts of Indonesia. There are 1

7,000 islands throughout Indonesia, and thousands of people live in mountains or near fertile plains near rivers.